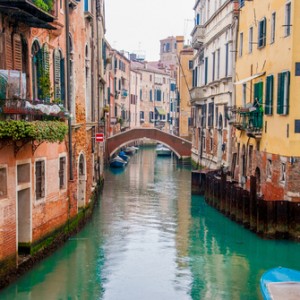 A temporary export ban has been placed on a Paolo Veronese drawing valued at around GBP15m, in an attempt to keep the 400 year old artwork in the UK, the Department for Culture, Media & Sport reported on Tuesday.

Following a recommendation by the Reviewing Committee on the Export of Works of Art and Objects of Cultural Interest (RCEWA), administered by Arts Council England, Culture Secretary Ed Vaizey placed the temporary export bar on Veronese’s Venice Triumphant because of the drawing’s outstanding aesthetic importance, its connection with one of the most important commissions of Veronese’s career and its status as the most impressive of his few surviving modelli.

Venice Triumphant is a preparatory drawing for Apotheosis of Venice, one of Veronese’s most famous paintings. Veronese and several other local artists were commissioned by the Venetian government to redecorate the Doge’s Palace in Venice after two disastrous fires in 1574 and 1577. The painting, was completed in around 1582 and occupies one of three large ceiling compartments in the Palace’s most important state room, the Sala del Maggior Consiglio.

According to the Department for Culture, Media & Sport, there are only three existing drawings related to the commission to redecorate the Palace and Venice Triumphant is the largest and also the most important of the only two surviving preparatory drawings for Veronese’s finished paintings. Experts are said to believe that Veronese used the drawing to experiment with the composition of the painting, rather than for approval of the patrons.

Vaizey commented: “This rare drawing provides us with a remarkable insight into how Veronese created one of his most famous works. I hope we can find a buyer to keep this beautiful artwork here in the UK.”

“This spectacular sheet offers a fascinating insight into the working method of one of the foremost artists of the Venetian Renaissance. One can only marvel at the brilliance of the way he conjured up with a few swift strokes of the brush the multitudes of allegorical figures floating before a grandiose, steeply foreshortened architectural structure. Everything is orchestrated to express the power and glory of the Venetian Republic.”

The Department for Culture, Media & Sport also stated that a decision on the export licence application for the drawing will be deferred until 28 June 2016. If a serious intention to raise funds to purchase the drawing is made at the recommended price, this decision may be extended until 28 December 2016.