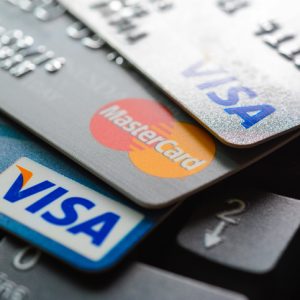 To many folks, charitable giving is a touchy subject. Fundraising for worthy causes like poverty alleviation, housing projects, animal shelters, educational initiatives, and the like require a financial commitment from donors. Britain is caught in the midst of a difficult Brexit, where consensus between the UKs chief negotiator – Brexit Secretary David Davis, and his UK counterpart Michel Barnier is hard to come by.

After multiple rounds of talks, the United Kingdom is no closer to hammering out a favourable agreement. Several sticking points remain, including the fate of the border with Northern Ireland, the rights of EU citizens in the UK vis-à-vis the European Court of Justice, and Britain’s financial obligations to the EU (pensions and payments).

There have been growing concerns about Prime Minister Theresa May’s tenure as head of the Government, with calls from within for her to resign. These are worrying signs for the UK, and it feeds into the narrative of greater financial caution with discretionary spending.

This information may seem somewhat perplexing to the topic of fundraising, but it cuts right to the heart of the matter. The UK is undergoing a difficult patch, what with falling real income levels and rising inflation. This means that everyday Britons are struggling to make ends meet.

The exigencies of modern-day life are creating a situation where belt-tightening tactics are the order of the day. These come in the form of living within your budget, saving and investing as much as possible, cutting back on unnecessary expenditures and pursuing a career with fewer candidates involved. The general burden on UK households is increasing and this means that charitable giving is coming under pressure.

Cash Back for Charitable Giving

The current state of household debt levels in the UK is concerning. Between 2012 and 2017, the total UK debt burden increased from £1,518.5 billion to £1,630.1 billion. By far the biggest portion of UK debt increases has come from mortgage loans.

Rising debt tends to have a negative impact on fundraising. However, millennials are finding inventive ways of contributing to various UK charitable initiatives through the self-same medium that is growing the overall debt burden – credit cards. The way they are doing this is through cash back received on purchases.

Various charitable giving apps are now available across the UK and they allow credit card customers to donate their cash back funds to fundraising initiatives – at no extra cost to the giver. By spending normally, philanthropic giving is still possible.

Indeed, the rising level of unsecured credit should not be perceived as a negative for UK charities. The popularization of charitable giving apps has facilitated an upside to the downside: charities benefit from increased spending. And the best part is that UK consumers are not required to make any additional sacrifices to help those in need.