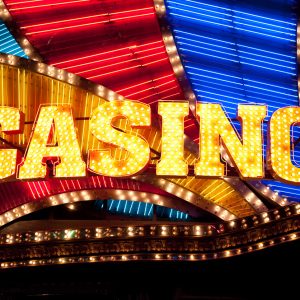 Once it goes from being a harmless pastime and a fun-inducing activity to become an obsession that compromises your everyday life, gambling turns into a problem that needs to be tackled.

People affected by gambling addiction’s harm need help to deal with their issue and gambling operators themselves have a duty to protect their players. It is an essential postulate of corporate social responsibility that watchdogs continue to monitor.

“Protecting vulnerable consumers is our prime concern, and it must be the priority for gambling operators too.”, the secretary of state for the Department of Digital, Culture, Media and Sport, Jeremy Wright, commented on the news that three online casino firms were forced to pay combined £14 million in what’s been the largest enforcement action by the United Kingdom Gambling Commission to date.

The Britain’s gaming watchdog discovered shortcomings and failings in systems designed to prevent money-laundering and protect problem gamblers at Casumo, Videoslots and Daub Alderney. CZ Holdings surrendered its right to provide gambling services in the country after its licence has been opened for review which a further six firms remain under investigation by the regulator.

Casino industry continues to thrive on a global scale and there appears to be no shortage of online casinos operating in the UK thanks to the revenues this multi billion pound industry generates annually in the UK alone but, as a leading regulatory body in the world, UKGC wants to make sure all separate members of this industry need to adhere to the strict set of rules in order to create a safe and secure gaming arena.

“It is not enough to have policies and procedures in place. Everyone in a gambling business must understand its policies and procedures and take responsibility for properly applying them. We expect operators to know their customers and to ask the right questions to make sure they meet their anti-money laundering and social responsibility obligations”, the United Kingdom Gambling Commission CEO, Neil McArthur commented.

Speaking of the penalties individually, Casumo was ordered to pay a fine package of £5.85 million, while Videoslots will need to pay £1 million in lieu. Daub Alderney was handed a £7.1 million penalty, whereas three individuals were also stripped of their license to serve as officials of gambling companies. Further four were issued with warnings and additional three are under investigation.

The payout coming from the most recent action collectively outreaches the largest penalty issued by the regulator to date, a £7.8 million fine online casino giant 888 was forced to pay in 2017. 888 was discovered to have allowed more than 7,000 people, who had previously voluntarily been banned from the site, back in to continue gambling.

The United Kingdom Gambling Commission seems to be taking a much firmer stance against any breach of rules and regulations and Jeremy Wright is pleased British gaming market and its vulnerable structures are being given better protection.

“I am pleased to see the Gambling Commission taking the strongest possible action when companies fail to meet their obligations”, Jeremy Wright stated.

The UKGC issued millions of pounds worth of fines recently to a string of companies, which includes heavyweights such as William Hill, Paddy Power or SkyBet, for failures in relation to problem gambling and money laundering.

The regulator will continue to insist all companies will need to comply to robust requirements in order to safeguard their players if they wish to continue operating in Britain, which is one of the most lucrative market in the world.