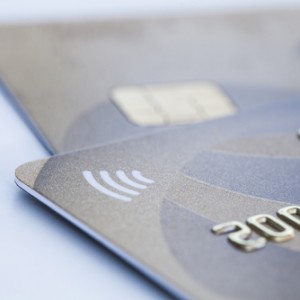 The UK Cards Association reported on Friday that the amount consumers spend using contactless cards has trebled over the past year in the UK to GBP7.75bn, a rise of 233% compared to GBP2.32bn in the previous year.

Data compiled by the trade body for the card payments industry in the UK also shows that in 2015, contactless spending amounted to a total of more than double for the preceding seven years combined.

According to the UK Cards Association’s UK Card Expenditure Statistics: December 2015, there were a total of 1.05 billion contactless purchases in 2015, an increase of 228% compared to the previous year.

Approximately 50% of all debit and credit cards are now said to be contactless and there are a total of 79.3 million cards which feature the technology.

Monthly data revealed that contactless spending grew by 17% to GBP1.2bn in December 2015, when compared to November 2015. During December, the UK Cards Association recorded 140 million contactless transactions, which represents 52 transactions for every second.

“The swift increase in contactless usage continued apace last year, with nearly one in eight card transactions now using the technology. Whether it’s to stock up in the supermarket, travel to work, or buy your lunch, contactless is a fast, easy and secure way to make payments.

“With a contactless payment, you no longer have to fumble around for the loose change in your purse or wallet. You can simply pay using a contactless card or with your mobile phone.”

The UK Cards Association also revealed that the latest figures from Transport for London (TfL) indicated that contactless cards are used to pay for over one million journeys made on the network each day.

“The popularity of contactless payments on London’s transport network is phenomenal. We’ve already seen more than 350m journeys made using contactless, using cards from more than 80 different countries. We were the first integrated transport authority to introduce contactless ticketing and, as other world cities look to replicate our successes, we will continue to work to help people benefit from the ease, speed and convenience that contactless payments provide.”