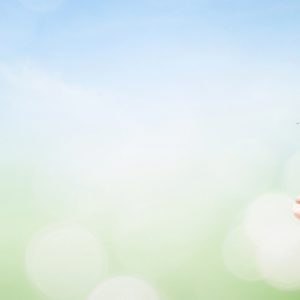 If you’re a kind of person who likes to buy expensive stuff, just for the sake of buying, and are unable to get rid of this manic purchasing that you are into, then don’t worry. You are not alone. But just in case you are a spendthrift, then endowment life insurance policies are just the thing you need.

The best endowment policy can mature in either 10, 15 or 20 years, and has a certain age limit, up to which the policyholder can claim it. An endowment life insurance policy helps you secure a happy, retired future by fulfilling all your requirements.

It is obvious that endowment policies have their own set of benefits. To start off with, you can say that these types of policies tend to save a lot for the policyholder, as the policy matures. The policyholder can then choose to either reinvest all those savings or he could just enjoy them post his retirement from service. The policy is a low risk one and gives a fixed amount on a certain date. Of course, this is after the premium amount has been paid.

The policyholder is free to use this money as per his requirements. He could use it for his child’s education or may spend it on a much-deserved vacation.

The Indian Income Tax laws allow a person to reduce his taxable income by several methods. One of the most popular ones is through endowment policies. The premiums you pay for the policy help you do just that, and the term used for the very purpose is known as tax savings or tax benefits.

The prices of the units are published regularly. The current value of the unit is the value at which the policy can be encashed.

This plan provides the policyholder the basic amount or the sum assured, which is a guarantee given right at the beginning of the policy. However, there are certain bonuses that are announced by the company, from time to time, which is paid as the final amount, and is higher as compared to other policies of similar nature, depending on how much bonus you get.

Just as in other endowment policies, there are death benefits in this endowment plan as well. The only difference is that even the bonuses are paid as part of the maturity amount of the policy.

In these types of endowment plans, the profits made by the company, that is, the bonuses are not paid as part of the policy. However, there are certain additional guarantees, which help ensure minimum returns to the policyholder.

Based on the kind of investments made, the sum assured can be increased manifold with the help of additional, periodic bonuses. In addition to the bonuses paid at the time of maturity, which are regular or revisionary bonuses, which are paid at the end of the term, and are called as terminal bonuses. These, however, are not guaranteed.

The reason that the new investors pay more than the surrender value is that the value of the policy increases when it is enforced, rather than when it is terminated. The policy when in the hands of the new owner, grants him with full responsibility of paying the remaining or existing premiums, and allows him to get the maturity value of the policy as well. Or perhaps the death benefits, if there is any, in case of death of the original owner.

As for the original owner, he can no longer claim the benefits of the policy. However, one of the easiest ways to determine whether a said endowment policy falls into this category or not checks if the policy is unitized or not. That is, to see whether the policy is a unit linked policy or not.

Endowment plans that have terms of more than 15 or 20 years are generally more profitable than the ones that have shorter terms. This is because, you can manage to gather more money over a large tenure, which can then be used as funding for large expenses if any, in the future.

Not only do endowment plans give higher returns, but they also have an array of benefits such as tax savings and premium waivers. All these features make endowment plans one of the best possible life insurance plans out there.

Endowment policies allow the policyholder to pay the premiums as per the requirements of the policy he or she has chosen. Endowment plans allow for monthly, quarterly, half-yearly or yearly payments of premium.

The policyholder can avail tax benefits on premium payments as well as maturity and final payouts as per Sections 80C and 10D of the Indian Income Tax Act of 1961.

Endowment policies are a much safer option compared to other options of investments or other insurance policies, including mutual funds or ULIPs. This is because these funds do not directly involve equity funds or even the stock market.

Endowment plans have a host of optional benefits that can be availed as riders. These include things such as critical illness or permanent disability, death by accident, premium waiver and hospital cash benefit. The hospital cash benefit allows the policyholder to provide for daily hospitalization expenses, in case the policyholder is hospitalized, as well as avail benefits post-hospitalization.

With the market having tons of endowment policies, and with the coming of newer policies into the picture, it’s no wonder that it’s so hard for a person to choose one that is best suited for him. However, there are quite a few factors which help a person to decide what’s best for him or her, as far as endowment plans or policies are concerned.

As with buying anything, buying an endowment policy can also sometimes depend heavily on the income of the said policy buyer.

This is one other important deciding factor for buying an endowment policy. There are certain critical stages in one’s life, such as the birth of their child, child’s education, child’s marriage or even their own marriage. One needs to save up for these events. So, investing in the right policy at the right time leads to a healthier financial future for the said individual.

Also, the policy buyer’s current life stage is one of the deciding factors as to what he or she must save for, and thus, buy the suitable policy accordingly.

As with other insurance policies, endowment policies to come with their own set of risks and drawbacks. So, the policy buyer must be sure of the amount of risk he or she is willing to take so that there are no further consequences which cannot be bored.

Premiums of endowment plans tend to be more expensive than regular life insurance plans. So, one should also bear in mind the cost of the premium when considering buying an endowment policy.

Besides these, there are also some other factors that play a vital role in buying an endowment plan. These include things such as the track record of the insurance company you opt for. This is essentially knowing how good or bad the insurance company really is. This could be in the form of the bonuses the company offers or even the kind of customer service it provides.

But it is not just limited to those, and can also include things such as their ratio of claim settlement, the insurance company or insurer’s financial position, etc.

To put it simply, a policy buyer should not buy an insurance policy that comes with terms and conditions that he or she cannot comprehend. However, there are some things that all endowment plans have in common, including things such as the surrender value. The surrender value will usually be lower than the total premium you pay in the initial years of the policy term.