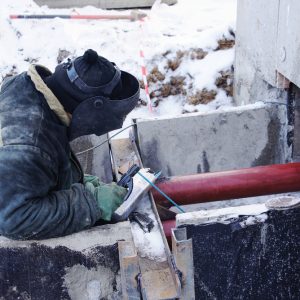 The ‘Beast from the East’  cold snap in March saw the UK construction industry experience its biggest drop in activity since the aftermath of 2016’s Brexit vote, according to Reuters.

An industry survey indicated that the snowy weather produced a larger decline than had been predicted (50.8). The IHS Markit/CIPS UK Construction Purchasing Managers Index (PMI) dropped to 47.0, down from 51.4 in February.

The unusual Siberian weather system brough snow, cold wins and the coldest temperatures seen in Britain for several years. It affected much of mainland Europe as well as the UK. House building was little affected but other sectors saw a significant effect.

For civil engineering firms, it was the biggest downturn in five years, with the biggest one-month drop since 2009.

Construction represents around 6% of British economic output but is seen as a guide to investment and sentiment in the rest of the national economy. According to official figures, construction output declined through the last three quarters of 2017. PMI respondents repeatedly said the UK vote to leave the European Union was suppressing new business.

A separate PMI survey showed the bad weather had little impact on manufacturing and that construction is making a rebound in April.