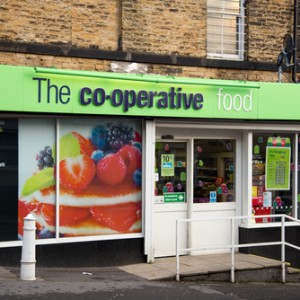 The Co-operative Group announced on Thursday that its CEO Richard Pennycook has asked for a substantial reduction in his remuneration package, following the completion of a rescue plan for the retail company.

According to Pennycook, the business has returned to calmer waters following problems that arose in 2013 with its banking arm. The reduction in his pay is said to reflect the revised demands of the current job.

With the full agreement of the Co-op’s board, Pennycook’s maximum total remuneration will fall by nearly 60%. From 1 July 2016, his base pay will be cut from GBP1,250,000 to GBP750,000, in addition to a reduction in his long and short-term incentives so that these fall in line with the reward available to the around 80 senior managers of the wider Enterprise Leader group. This will result in Pennycook’s total remuneration dropping to a level well below the median for organisations of the scale and complexity of the Co-op.

In addition, the Group Executive has previously decided to voluntarily reduce their pension contributions from 16% of salary to 10% in order to bring them into line with less senior colleagues.

Several changes have also been agreed for the Co-op’s board and executive level, which includes an agreement by the Remuneration Committee that in future anyone appointed to the group executive will have a six month notice period instead of the current twelve months, effective from 1 July 2016, to further strengthen governance and oversight.

Ian Ellis, group chief financial officer, is also named to the group board,  taking up a previously vacant executive position, effective from 6 April 2016.

Both Lord Adebowale and Ellis will put themselves forward for election by members at the Co-op AGM on 21 May 2016.

Additionally, the Co-op declared permanent appointment of Pippa Wicks as chief operating officer, a position she has held on an interim basis since 2014.

The Co-op added that its non-executive chair, Allan Leighton, continues to donate his annual salary of GBP250,000 to The Co-operative Foundation.

Leighton commented: “These are important changes that will further strengthen our governance and oversight on behalf of our members. I am delighted that we are attracting top talent at all levels of the Group to help us build on the great work that is being done to Rebuild the Co-op, and I warmly welcome Victor and Ian to the Board. The move by Richard to reduce his pay shows the Co-op difference in action, as we champion a better way to do business for our members and their communities.”