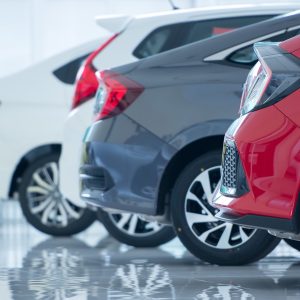 New car registrations in the UK have fallen to their lowest levels for more than two decades, according to new data.

The Society of Motor Manufacturers and Traders (SMMT) said that new registrations in September 2021 were down by 34.4% compared with the same month a year earlier.

Just 215,312 new vehicles were registered, the weakest for September since the “two-plate” system for number plates was introduced in 1999.

Car production has been falling due to an ongoing global shortage of semiconductor chips as the Covid-19 pandemic has forced the shutdown of plants in countries such as Vietnam, Taiwan and Malaysia.

The SMMT has estimated that the shortage will result in an overall reduction of 100,000 in new vehicles being made in the UK, Sky News reports.

Sales of electric cars are continuing to rise, however, with 32,721 battery electric vehicles registered last month — almost as many as registered in the whole of 2019.

Hawes went on to stress the need for a big investment in public recharging infrastructure to ensure that all drivers can make the switch, not just those with private driveways.

“Charge point roll-out must keep pace with the acceleration in plug-in vehicle registrations,” he said.