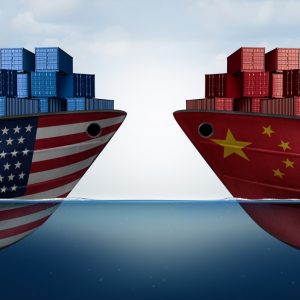 China has outlined plans to increase import tariffs on American goods in response to US plans to levy higher taxes on Chinese imports, according to BBC News.

Soybeans, cars and orange juice are among the 106 products Beijing indicated would be subject to a 25% tariff. Washington recently said 1,300 Chinese products would be hit with a 25% tariff on import, including televisions and motorcycles.

Earlier this year an initial wave of tariffs was announced by the US to target aluminium and steel imports. None of the tariffs have yet come into force.

US President Donald Trump claimed the tariffs were not intended to start a trade war between the US and China, but that the move was a bid to reduce the US trade deficit and that China had been sanctioning unfair intellectual property practices.

The Chinese government says it ‘strongly condemns and firmly opposes’ the proposed US tariffs, which it says are ‘unilateralistic and protectionist.’

The products targeted by Chinese tariffs were worth $50bn in 2017, according to the Chinese commerce ministry. They include chemicals, aircraft parts, corn products, whiskey, cigars, some types of beef, lubricants, propane, SUVs and some electric vehicles.

Economists warned the US President that increasing tariffs on Chinese imports was likely to provoke retaliation which could lead to higher prices for US consumers. Around 18.2% of all Chinese exports in 2016 went to the US.