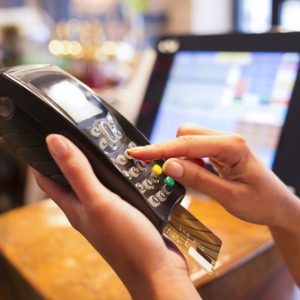 UK retail sales rebounded slightly in the year to February and are expected to continue growing, according to survey results released last week.

The CBI’s latest quarterly Distributive Trades Survey involved 128 firms, of which 64 were retailers. It found that two in five retailers (40%) reported increased sales volumes in February, giving a positive balance of 9%, up from a fall of 8% in the previous survey.

Sales volumes are expected to rise again in the year to March, albeit at a slightly slower pace.

“The rebound in retail sales suggests that some of the recent gloom about a slump in consumer demand at the start of 2017 may be overdone.

“However, retailers remain cautious about their prospects, expecting fairly tepid growth in sales volumes next month against a backdrop of rising inflation that is likely to erode households’ purchasing power through the course of the year.

“As the impact of the weaker pound feeds through supply chains, retailers are trying to absorb some of the increase in their import costs through savings.”

Investment intentions for the year ahead fell for the first time since May 2016, and — for the first time in four-and-a-half years — retailers expect their business situation to deteriorate over the next three months. The biggest factor driving this more pessimistic outlook was rising cost pressures.

In a supplementary question asked this month, 42% of retailers cited rising cost pressures as a factor driving the deterioration in the business situation, while 35% cited uncertainty over Brexit/EU negotiations, 23% pointed to expected weakening in sales volumes and 18% cited an expected weakening in profitability.