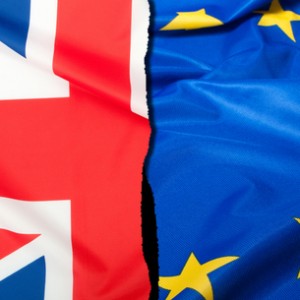 The CBI has called for a “barrier-free relationship” to be maintained with the European Union after Brexit.

In a report released on Wednesday, the business group raised concerns about issues including tariffs, immigration and regulation and called for a “smooth exit” from the EU to minimise disruption.

The report, Making a Success of Brexit, argued that UK companies should not have to face trade tariffs in EU markets. It also said that businesses want a migration system which allows them to access the skills and labour they need to deliver growth.

Other business priorities identified in the report include the need for a clear plan for future regulation that balances the need for “influence, access and opportunity” in the EU, as well as protection for the social and economic benefits of EU funding and a renewed focus on global economic relationships.

The CBI also said it was crucial to avoid a “cliff edge” scenario which would mean “regulatory confusion and uncertainty affecting businesses in every sector”.

“While each sector has issues specific to them, there are many crossovers and common principles that unite them, for example the need to avoid cliff edge changes that cause disruption to supply chains and trade.

“Where companies differ is how they prioritise these issues and the contrasting emphasis they place on trade, migration and regulation. To make a success of Brexit for the whole economy, Government needs to work through all these issues, as well as seize the opportunities afforded by a new focus on the UK’s global economic relationships.

“From aviation and chemicals to life sciences and agriculture, firms of all sizes will want to understand how easy it will be for them to trade in the future with the EU which remains the biggest market for British businesses. They need to know what rules they will be working by and how they can still secure access to skilled workers and labour, where shortages already exist.”