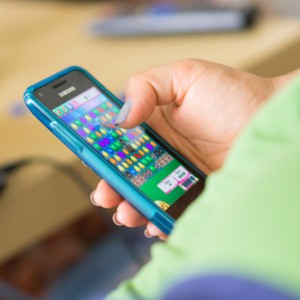 Technology company King Digital, the UK-based creator of the confectionery-themed Candy Crush mobile game, has been acquired by US video game maker Activision Blizzard for GBP3.8bn, it was reported on Tuesday.

According to reports, Activision Blizzard is offering GBP11.66 in cash for each King Digital share, with the deal anticipated to increase Activision’s earnings by approximately 30%. Assuming approval from shareholders and regulators, the deal is expected to be completed by the second quarter of 2016.

Activision Blizzard’s games are played on consoles like Microsoft’s Xbox and Sony’s PlayStation and include World of Warcraft and Call of Duty. The acquisition of King Digital, said to be biggest takeover of a UK tech company in four years, is expected to enable Activision Blizzard to enter the rapidly growing mobile games market and help make it a leader in interactive entertainment across mobile, console and PC platforms

King Digital floated on the New York Stock Exchange in March 2014 with a valuation of almost USD8bn, making it the most valuable UK tech business. The popular Candy Crush Saga game brings a third of King Digital’s revenues and reportedly racks up a billion plays each day on smartphones. Players of Candy Crush must make lines of sweets disappear from a grid by lining up three or more of the same colour. The company has also produced more than 200 games, which include Bubble Witch and Farm Heroes.

Chief executive of King Digital, Riccardo Zacconi, along with his team, will run King as a separate business within Activision Blizzard. The combined firm is expected to have more than half a billion monthly active users in 196 countries.

Zacconi was quoted as saying: “We will combine our expertise in mobile and free-to-play with Activision Blizzard’s world-class brands and proven track record of building and sustaining the most successful franchises, to bring the best games in the world to millions of players worldwide.”

Activision Blizzard chief executive Bobby Kotick stated: “With a combined global network of more than half a billion monthly active users, our potential to reach audiences around the world on the device of their choosing enables us to deliver great games to even bigger audiences than ever before.”