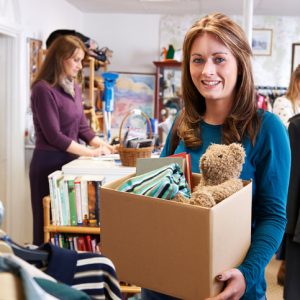 A charity is a business and they can become insolvent, similar to any other industry. For instance, Kids Company ceased operations in 2015 as a winding up petition was submitted. Depending on the structure, a charity can face liquidation, with the aim to maximise returns for creditors. Business Rescue Experts, leading insolvency practitioners, are sharing the procedure for a charity heading for closure.

There are several indicators that suggest all is not well within a charity. If the organisation cannot pay debts as they are due, or the value of their liabilities exceeds their assets, then it’s a sign trouble is ahead. The insolvency tests – cash flow and balance – help to determine whether a charity is considered insolvent, and work in conjunction.

The cash flow test identifies whether a charity can pay their debts as they are due, and have the resources to make these payments. The balance sheet test establishes if the company has the assets to meet their liabilities.

What should you do?

Before you get to the stage of insolvency, you need to manage all objectives carefully. You should have a committee overseeing the charity finances and producing forecasts to ensure you make realistic payments to creditors, and do not overstretch your budget. However, before a winding up petition is submitted, you must seek advice. The steps and procedures for a solution will vary on the structure of your charity, but these are possible options before insolvency:

How can a charity be liquidated?

As mentioned above, it’s possible for a charity to be liquidated. However, the process does differ between organisations.

A charity limited by guarantee refers to an organisation registered at Companies House. Their members work to define objectives, aims and fundraising. However, the charity profits are destined for the purpose of the charity, unlike that of a limited company. With this type of charity, the two liquidation procedures that can be used are compulsory liquidation and creditors voluntary liquidation. Both procedures will be overseen by an insolvency practitioner, who will work in the best interests of the creditors.

This structure refers to a charity not registered at Companies House. However, the above procedures are still relevant to this type of charity. The members will also be likely protected from personal liability for the debts.

Charitable trusts are unincorporated entities. As such, the members have more of a responsibility than the above organisations. For instance, the trustees observing the objectives and fundraising etc., are responsible for the debts.

An unincorporated association is not considered a separate entity to its members. While a charity registered at Companies House affords its members protection from personal guarantees, this type of organisation does not. They could be held personally liable for the debts the charity has accrued. Similarly, formal liquidation procedures are not suitable.

It’s important to note that a charity can still operate as a going concern – if facing financial issues – but great care must be taken to avoid the issuing of a winding up petition. You must always be able to exercise control of the budget and prepare realistic forecasts. In the case of Kids Company, the organisation had been warned by the Charities Commision that their financial reserves were inadequate to their size. The company chose to ignore those repeated warnings for six years, leading to the complete dissolution of the charity in 2015.

Ultimately, we recommend seeking professional advice at the earliest possible stage. Doing so may just help you come to an agreement with your creditors.