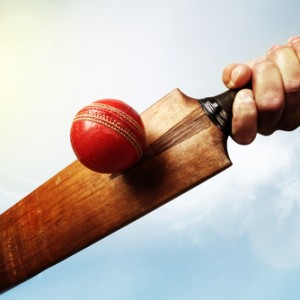 Live rights to the 2017-18 Ashes cricket series have been secured by Broadcaster BT Sport, as part of a five-year deal with Cricket Australia, it was reported on Monday.

England won the Ashes series 3-2 this summer against Australia and the team will travel down under to defend the Ashes in 2017-18.

Under deal, said to be valued at GBP80m, BT sport will show all Australia’s Test matches, one-day internationals and Australia’s domestic Twenty20 cricket tournament, including other series against New Zealand, South Africa, India and Pakistan. It will also show free-to-air daily highlights of international matches, the Big Bash League and the women’s Ashes.

The new agreement will begin with Australia’s home Test series against South Africa in October 2016.

Managing director of BT TV and BT Sport, Delia Bushell, was cited as saying: “BT Sport is delighted to be adding international cricket to its line-up, and to be the new home of the next Ashes tour in Australia. We will show live domestic games featuring the best players in the world during the Big Bash League and all Australian home matches for the next five years.”

He added “BT Sport put forward a highly compelling bid for the rights to broadcast cricket from Australia to audiences throughout the United Kingdom”.

Rival sports broadcaster Sky holds the rights to the 2019 Ashes series in England, which means that UK-based cricket fans will need to have access to both Sky Sports and BT Sport if they want to watch the 2017-18 and 2019 contests with Australia. Sky also has the rights to the cricket World Cup in 2019. Sky reportedly signed the deal with the England and Wales Cricket Board (ECB) in 2012, but it is believed the broadcasting company may face a challenge from BT Sport when bidding for the next contract.

BT Sport has a growing sports portfolio that includes all Uefa Champions League fixtures. It will also show 38 Premier League games this season, reportedly increasing to 42 PL matches for 2016-17.  The company has signed football pundit Gary Lineker and others to front its coverage, following the launch of a new channel that costs GBP5 per-month for non-BT TV subscribers who also take its broadband products. It also has the rights to Premier Rugby.

However, Sky Sport retains the lion’s share of live rights to Premier League football  matches and is showing 126 matches next season.