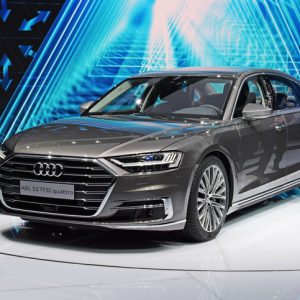 There is a shift right now in how Britons decide to buy their cars. Fewer are now considering seeking financing to buy a new vehicle according to various reports. Many are attributing this to uncertainties about Brexit, while changes in consumer habits could simply be a sign of the times. But multiple signs indicate that buyers are not only changing their habits towards vehicles, but towards credit as well, which also has an influence on dropping sales for new vehicles. Let’s take a closer look at this interesting trend and what it could mean for the auto industry.

Number of Registrations for New Vehicles are Down

It seems that not too long ago, the market for new vehicles was nearly unstoppable. This was mainly due to more credit options, such as personal contract plans (PCPs), which made ownership more accessible. However, we next saw a sharp decline due to concerns about diesel vehicles in early 2017, followed by the market picking right back up in 2018.

However, February of this year was the 11th consecutive month when we saw a decline for new vehicle registrations. This was a 2.8% decline compared to the same period a year earlier. Again, the lack of confidence in diesel vehicles seems to be at least one contributing factor to this sharp decline. As a matter of fact, 44% of new vehicles registered in February 2017 were diesel vehicles compared to only 35% this year.

Not only is it easier for people today to find used vehicles, but it’s easier for people to sell them as well. Now, if someone is asking themselves, ‘how can I scrap my car quickly’, they have a wide variety of services right at their fingertips to do so, such as TakeMyScrapCar.com for instance. All they have to do is visit their website, ask for a quote, and receive a quote on the same day. Not only that, but they will also come and collect the old vehicle, allowing people to get value from their vehicle fast and use it to buy their next vehicle.

Another thing that has to be considered is that there is also a general trend towards making smarter buying decisions and being thrifty. People may think twice before buying a new vehicle that will lose near to a third of its value the minute it leaves the lot. It may make more sense to them to sell their old vehicle, and use it to significantly decrease payments on an older, but still reliable vehicle. Not to mention that warranties last much longer these days, which makes used vehicles that much more attractive.

Another issue is how the car finance sector is perceived by new buyers. As a matter of fact, The Financial Conduct Authority said that it will be investigating abuse in the industry and scrutinising the methods used to sell financial products like PCPs. This surely won’t increase confidence in customers who may think twice about financing any vehicles, let alone brand-new ones.

Not Everybody Thinks the Trend Will Last

While some people may be more alarmist, others think that the market will eventually start levelling out at some point. One observer stated that the market for new cars is dealing with saturation right now and that many of these vehicles were bought using PCPs. The boom that was associated with it may be the reason why so many people are still driving the cars they just bought. However, he also stated that Brexit discussions could be influencing buying decisions as well.

The observer also stated that the trend could have a much deeper effect on retailers than consumers. The issue is when vehicles are returned with a lower value than anticipated. He mentioned that this was a concern for nearly two thirds of the executives surveyed.

Changing perceptions about diesel only make matters worse as these vehicles will certainly have much less of a value by the time they re-enter the market. A large quantity of cheap vehicles gives people even less of an incentive to buy new.

The state of the country’s automotive sector will also play a major role in the future and the post Brexit economy. This is why many have been pushing the government to help restore sentiment towards the car industry to stimulate and maintain demand. The issue isn’t only diesel vehicles either, but the lack of infrastructure to support EV and hybrid cars. On one hand, people may not want to use energy inefficient vehicles, but are uncertain about buying electric vehicles. This uncertainty will only make matters worse for the industry.

Public Perception for Used Vehicles Has Been Up for a While

The current shift we’re seeing didn’t occur over night. As matter of fact, an increasing number of Brits said that they have been considering buying a used vehicle for a few years now.

In one study that was conducted in 2017, 4 out of 5 stated that they would be open to buying a used car over a new one. Another study found that 39% of people currently living in the UK preferred used vehicles, versus only 24% stating they would prefer a new one. More than 8 million used vehicles were sold in 2017 alone, and most people who were asked why they bought a used vehicle stated that the lower price and sustainable consumption were among the top reasons. This again shows how environmental concerns could play a much bigger role in the phenomenon than previously thought.

Whether it is here to stay, or simply a trend, we can’t ignore that consumer habits for new vehicles are changing. We still don’t know what the current approach should be for the vehicle industry, or if this trend will last, but it will surely affect the auto industry, and probably the economy as a whole.