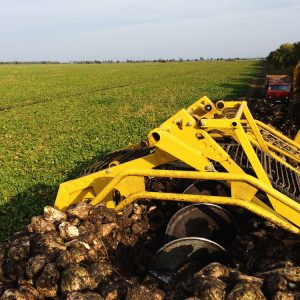 The UK sugar industry is set to increase production as 50-year-old European Union quotas come to an end, according to BBC News.

The quotas were agreed in 1968. They restrict the amount of sugar that EU producers including the UK, Germany and France can sell around the world, as well as how much imported sugar can be sold in the UK.

There are 3,500 farmers who grow sugar beet, which is processed by British Sugar into a usable product. UK beets account for around 60% of British sugar consumption; 15% is imported from the EU and 25% is sourced from outside the EU. The sugar supply chain in Britain employs 10,000 workers.

Following the end of the quotas, British Sugar plans to increase production to 1.4 million tonnes in 2018, up from 900,000 tonnes this year. The increased production is expected to reduce prices, although this may not immediately translate into cheaper products in stores.

Jane Clark, a sugar beet farmer in Lincolnshire, said: “The UK is one of the most efficient producers worldwide. It should put us in a good place to be competitive.”

Paul Kenward, head of British Sugar said that the industry has learned from the experience of the dairy industry following the removal of quotas in 2015, when the milk market was oversupplied and had made preparations to prevent similar problems.