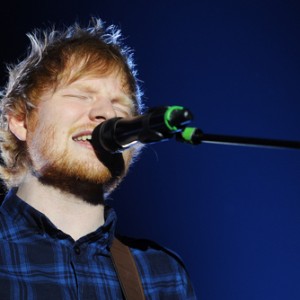 A new report published by UK Music on Thursday shows that in 2014, the music industry in the UK contributed GBP4.1bn to the economy in GVA (Gross Value Added).

Music outperformed the rest of the UK economy, growing by 5% year-on-year. The industry currently employs over 117,000 people full time, with the majority working at composing, creating, recording and shaping the future of music. Musicians, composers, songwriters and lyricists alone reportedly contributed GBP1.9bn to the economy.

Revenue from exports amounted to GBP2.1bn, which is more than half of the industry’s GVA and much higher than the economy-wide ratio of approximately 30%. One in seven of all artist albums sold across the globe were by British artists, whilst five of the top ten selling albums were by UK acts, in 2014.

Live music achieved the largest area of growth in both GVA and employment in 2014, with nearly 26.7 million visitors to UK live music events in 2014. Over the year, live music tourism contributed GBP3.1bn to the UK economy.

Chair of UK Music, Andy Heath, commented: “The sector is growing again, and that is thanks to the recognition and adoption of new technology and the continued power of a vibrant live music sector. We continue to lead the world in song writing, composing, production, recordings and live performances. The UK is also the second largest provider of musical repertoire in the world thanks to our unique ecosystem that helps build and nurture both creative and commercial opportunities across all areas of the industry.”

Government Culture Secretary, John Whittingdale MP added: “Our artists continue to dominate the global charts – and shows from the Royal Ballet and Rod Stewart to the LSO and Status Quo, sell out concerts across the globe. In fact, many people around the world first learn about this country through one of our bands. Our music industry alone contributes more than £4 billion a year to the UK economy. It creates wealth and jobs as well as providing entertainment to millions. UK Music’s Measuring Music is extremely useful in describing the economic impact of commercial music. Its publication coincides with a roundtable meeting that I am hosting with a wide range of representatives from across the music industry to discuss how we can ensure that British music remains at the top of the charts. As Secretary of State, I want to do all I can to ensure that British music continues to thrive.”

UK Music is a campaigning and lobbying group, which represents every part of the recorded and live music industry, promoting the interests of record labels, songwriters, musicians, managers, publishers, producers, promoters and collecting societies through high profile campaigns and events. The industry-backed group also represents the key business and political agenda of the music business within Westminster, with senior corporate leaders and the media. In addition, UK Music draws up policy to deal with issues that impact on the industry, engages in high level political lobbying to ensure any new legislation benefits its members and undertakes extensive and ground-breaking research to track market trends and forecast future business opportunities. It also works to ensure music and the copyright that underwrites it, is recognised and valued at all levels of Government, throughout the wider economy and by consumers.