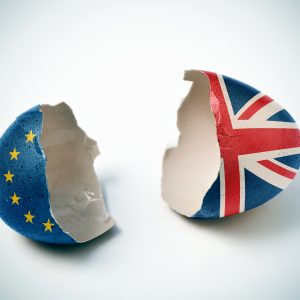 Leaving the European Union has damaged Britain’s competitiveness and will make the country poorer in the coming decade, according to a new study.

Think tank the Resolution Foundation said that Brexit has reduced how open and competitive Britain’s economy is, which will hold back productivity and wages — leaving the average worker poorer than they otherwise would have been.

The Big Brexit provides a detailed assessment of the ongoing impact of the UK’s Trade and Cooperation Agreement (TCA) with the EU, and what the lasting effects of Brexit are likely to be on workers, firms and industries throughout the UK.

It says that the initial impact has been a “depreciation-driven inflation spike” increasing the cost of living for households, and business investment falling.

Following the introduction of new post-Brexit trade rules in January 2021 the UK has not seen a large relative decline in its exports to the EU that many predicted, although imports from the EU have fallen more swiftly than those from the rest of the world.

But while the UK has avoided a large relative fall in EU exports, the report notes this is in part because the impact of Brexit appears to be a more general reduction in openness and competitiveness.

The full effect of the TCA will take years to be felt but this move towards a more closed economy will make the UK less competitive, which in turn will reduce productivity and real wages, the report explains.

The authors estimate that labour productivity will be reduced by 1.3% by the end of the decade due to the changes in trading rules alone. This will contribute to weaker wage growth, with real pay set to be £470 per worker lower each year, on average, than it would otherwise have been.