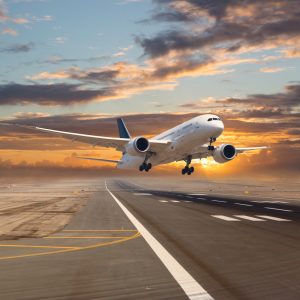 The UK Prime Minister has warned the US Vice President that a dispute between Boeing Co and its Canadian competitor Bombardier could have dire consequences for the peace process in Northern Ireland, according to Reuters.

Boeing, the world’s largest aerospace company, is mounting a challenge against Bombardier via the US Commerce Department regarding alleged subsidies and unfair pricing. Boeing claims that Bombardier sold 75 of its CSeries medium-range airliners to Delta Air Lines significantly below cost.

UK PM Theresa May has asked US Vice President Mike Pence to ask Boeing to drop the challenge, as it endangers a factory in Northern Ireland which employs 4,500 people. May’s majority in the British parliament is dependent on support from the Northern Irish Democratic Unionist Party (DUP).

A letter from DUP leader Arlene Foster and Michelle O’Neill to Pence said: “For a small economy such as ours, the significance of the contribution that Bombardier makes cannot be understated. The threat facing us as a result of the ongoing case is alarming, and goes much wider than it may immediately appear.

“The security of our economy has and continues to be a crucial part of our efforts in delivering peace through prosperity. At a time when we are striving to take the next steps in our work on the peace process, and resolve our current political difficulties, this issue creates a new and potentially critical factor.”

Sinn Fein and the DUP have been unable to re-establish a power-sharing government in Northern Ireland for months. The original power-sharing deal was brokered by the United States.