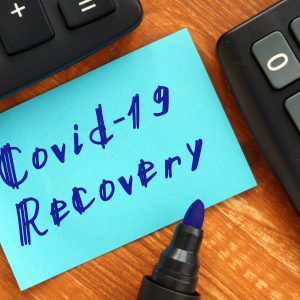 There is “light at the end of the tunnel” for the UK economy, according to the governor of the Bank of England, Andrew Bailey.

In a speech to the Resolution Foundation think-tank, Bailey cited the drop in new Covid-19 infections and the “huge achievement” of the vaccine programme as reasons for optimism.

He said that the outlook was “positive but with large doses of cautionary realism”.

The Covid-19 recession is expected to have fewer long-term effects than some past downturns, but structural changes seen during the crisis are likely to have an impact on the economy.

“We will work more from home than we used to and shop more online because new habits will persist to some degree, and to the extent they unwind it will be over a period of time,” Bailey said.

Last week, the Office for Budget Responsibility predicted that the UK economy would grow by 4% this year and return to its pre-pandemic size by the middle of next year, six months sooner than previously anticipated.

Unemployment is now forecast to peak at 6.5%, instead of the 11.9% expected last July.