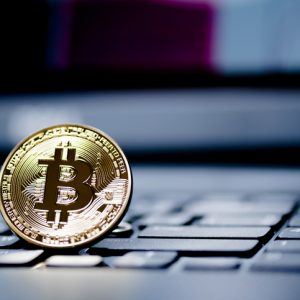 It’s been a busy week for bitcoin – even by bitcoin’s standards. On Wednesday, it reached its highest level at $11,434, before nosediving a huge 21% to $9,009 just six hours later. The last time the bull market saw such extremes was in 2008 after the Lehman Brothers collapse. Back then US stocks took 24 days to slide the 20% they needed to cross back into bear market terrain.

This week, investors looked on in amazement as the cryptocurrency moved from bull to bear to bull again in record-breaking time. According to the Financial Times, there were reports of outages and slow trading at some of the major exchanges as the price vacillated so violently.

Bitcoin’s recent volatility has led to parallels being made with previous booms – everything from the 17th century passion for tulips to the dotcom bubble (and crash) in the late nineties.

Rich Ross, Evercore’s head of technical analysis explained: “We’re watching history. It is a classic bubble, and bubbles go up a lot. It is a mania and the best thing about it is you can’t value it, like trading technology stocks in the nineties.”

Many predict that bitcoin will soon move from the side-lines to become a mainstream currency. This week’s whipsaw trading hasn’t deterred traders looking to make a quick profit.

According to David Drake, chairman at LDJ Capital, a multi-family office, bitcoin will keep going up. He estimates the cryptocurrency could be as much s $20,000 by the end of next year.