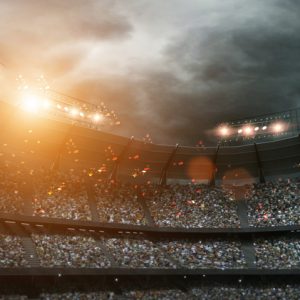 The 2017-2018 football season is just getting started, but that hasn’t stopped the top clubs from spending big on transfers during this year’s summer window.

A total of more than £2 billion has been spent by European football teams this season. As you’d expect, the largest sums can be found in the Premier League, where costs of £75 million aren’t out of the ordinary.

Football transfers involve serious money, and for good reason — the most popular clubs are big business, both for sponsors, broadcasters, attendees and fans interested in placing paid or free bets in their favourite teams through bookmakers.

Below, we’ve listed the 10 biggest football transfers of the season, starting with the £37 million transfer of Mohamed Salah from Roma to Liverpool:

Egyptian player Mohamed Salah made a “permanent” move to Roma in August 2016, but was acquired by Liverpool this transfer window in a £37 million deal, breaking the club’s old record transfer fee for Andy Carroll.

Another significant deal, 22-year-old French midfielder Corentin Tolisso was signed to Bayern Munich in a five-year deal worth £36 million, as well as several million pounds in potential bonuses.

Just 17 years of age, Brazilian footballer Vinicius Junior was acquired by Real Madrid in a £38 million long-term deal that will take effect days after his 18th birthday.

Described as a “complete midfielder” by former manager Didier Deschamps, the 23-year-old Tiemoue Bakayoko was acquired by Chelsea in a deal worth £40 million despite knee issues likely keeping him off the field for several weeks.

23-year-old Portuguese player Bernardo Mota Veiga de Carvalho e Silva was acquired by Man City for £43 million during this transfer window after three seasons at Monaco, making him one of the year’s most biggest midfield transfers.

After representing France as a youth and spending seven years at Olympique Lyonnais, French striker Alexandre Lacazette was finally acquired by Arsenal in a £46.5 million deal this season.

After eight years with Tottenham, Kyle Walker moved to Manchester City this season as part of a £45 million deal with up to £5 million in additional add-ons and bonuses, temporarily making him the world’s most expensive defender.

23-year-old left back Benjamin Mendy was one of this season’s most expensive acquisitions, with a £52 million deal bringing him to Manchester City for the next five years after little more than a year with Monaco.

Another expensive acquisition, Spanish striker Alvaro Morata joined Chelsea from his previous club Real Madrid this season in a record-setting deal worth £60 million.

Belgian striker Romelu Lukaku set the record for the most expensive transfer this season. After three years with Everton, Lukaku joined Manchester United in a £75 million five-year deal with £15 million in potential bonuses.