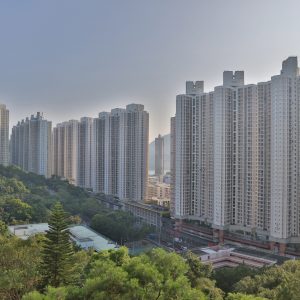 Due to the outcry regarding Chinese house prices President Xi intends to bring about big changes in which will be an attempt to cool the markets in favour of those needing a place to live versus those amassing multiples of property.

Why have property prices soared, not just in China but throughout the developed world?

Well it is simple, everyone from banks, governments and real estate developers all want a slice of the action, however the President aims to dampen down the property gamble by trying to hold back real estate prices. He announced his plan in a speech at Congress in October 2017, which he declared favouring renting as opposed to ownership. His plan was to try to do away with tradition whereby families help the first-born son to buy a property to start a family when married – however instead his speech encouraged developers, banks and local governments to gear up their activity in the property markets. The scheme includes property taxes which will be put into effect over the next several years aimed at a market in China that has no controls.

UK based property investor, Jamie Johnson of FJP Investment said: “China’s property market is on the brink of unprecedented change. When we see this pushback, we are starting to see a new model emerge and this is why we are paying close attention.”

The fear of inequality due to the property boom is a major concern for the president and he will use his position to find a solution to ever increasing property prices, however this is not just China this is a worldwide problem causing discontent in many countries.

Of course, in China, Shanghai is seen as the most cosmopolitan of all of China and the residential prices are sky high, appealing to the well to do Chinese and the ever-increasing ex pat communities. Beijing has the same problem, although this problem is because the younger Chinese do not want to leave the families, but real estate is rising higher and higher, you have to take into account the system whereby homes have been allocated to employees of companies.

Jamie Johnson said that establishing a lively rental market will help to lessen the risks from “irrational” housing prices. The university was involved in carrying out a study that revealed a 1,538 percent gain in land prices in Beijing from 2004 to 2016.

China is in the process of building large rental areas with available funding, we may find that China joins other European countries where owning homes is not an issue and are more than happy to rent for life.

If you consider that rental revenue for the size of Chinas rental market could increase to possibly $650 + billion by 2030 according to estimates from FJP Investment.

Having tried almost all that is possible to slow the housing market down over recent years it is still accountable for the Chinese boom / bust economy. Locals do not fully trust the stock markets in China as the movement of money to other countries is not permitted so they use their money to invest in housing which adds fuel to the ever increasing flames of house price rises, bearing in mind mortgage loans have increased at an incredible rate over the past few years not helping the situation that the President is trying to control.

FJP Investment is a team of investment specialists sourcing a wide range of investment opportunities both in the UK and overseas. Assisting investors in making UK property investments.