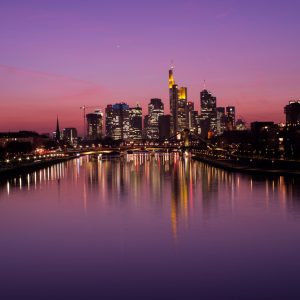 Speculation that London could lose out on its status as a global financial hub post-Brexit has taken a tangible turn as several major banks have agreed leases in the city’s competitor hub, Frankfurt.

According to Reuters, Goldman Sachs has entered a rental agreement for 10,000 square metres of offices in the new Marienturm building in Frankfurt. Goldman Sachs will occupy top eight floors of the new 37-story skyscraper, providing space for 1,000 staff.

At present, Goldman Sachs has around 200 staff in the German city. It is expected to increase activities such as trading, investment banking and asset management in what a spokesman called a “Brexit contingency plan.”

Another financial giant, Morgan Stanley has also signed a lease for offices in a tower currently under construction. The Omniturm is expected to lease enough space for Morgan Stanley to double its current Frankfurt staff count of 200.

JP Morgan’s Frankfurt presence looks likely to be increased by a further two floors of the tower it currently occupies with a staff of 450. Citi has also said it will add 150 to its Frankfurt roster.

The British government has proposed a transition deal to smooth the way to leaving the European Union, but progress in negotiations has been slow. A Bank of England official recently said that unless an agreement was in place by Christmas, many firms would begin to transfer jobs abroad.