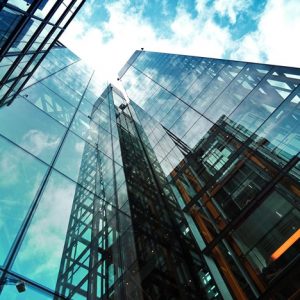 The Financial Conduct Authority (FCA) updates its website with the monthly sums paid out by the banks for mis-sold payment protection insurance. Since 2011, the amount repaid to customers is close to a staggering £30 billion. With no data released yet of repayments made in 2018, the first wave of repayments is likely to take the amount comfortably over the £30 billion threshold.

The past three months of 2017 showed a noticeable increase in the amount repaid to customers — perhaps an indication that more people are finally being convinced to take action with a deadline looming. The deadline for consumers to make PPI claim has been set by the FCA for 29th August 2019. To reclaim PPI before that date, consumers can contact the bank directly, or use a PPI claims company to assist them throughout the process.

The cut-off date has been imposed to encourage people to make a claim, or at least find out if they can, rather than put it off. To promote the deadline, the FCA hired Arnold Schwarzenegger to use in the advertising campaign, which has been funded by the banks involved in the mis-selling scandal.

With just over a year left to reclaim PPI, the banks are braced for handing out even more cash to customers. Lloyds Banking Group has suffered the most by shelling out over £18 billion for the mis-sold insurance. The bank is expecting 15,000 PPI claims a week before the cut-off date, though Lloyds isn’t the only bank that keeps having to up its PPI provisions pot. RBS, Barclays and HSBC are all still setting aside further amounts of money for PPI claims.

But, as the banks prepare to pay out more money, they are not the only party in the PPI scandal under heavy scrutiny. Speculation is currently surrounding the Financial Ombudsman (FOS) and how they handle PPI claims.

Earlier this year, Channel 4’s Dispatches programme discovered that employees at the FOS believed they weren’t trained well and felt pressured to fill certain quotas. This often meant that PPI claims weren’t fairly resolved — which is the entire role of the FOS. It doesn’t appear to be just an in-house problem, either. Based on reviews, consumers are feeling unhappy with the service they are receiving.

The FOS will undertake a review of the concerns raised. However, many people who referred their claim to the FOS are now feeling dubious and let down. Unfortunately, it’s unlikely that any cases will be re-opened unless new evidence is available for each case.

What Will Happen After the Deadline?

After August 2019, the banks won’t automatically be free of PPI claims. It will take a number of months to finish resolving all the claims that were in progress before the deadline arrived. The FOS still has a backlog of claims which could take two years to resolve, meaning the banks will still be paying out more money for a while yet. Of course, even more people are expected to reclaim PPI as the 2019 deadline encroaches nearer, so expect the debacle to rumble on for a little while longer.

The PPI deadline won’t stop people from making claims against the bank. In fact, many customers are still making claims for other products, such as packaged bank accounts and mis-sold mortgages. There is concern that PPI will simply be replaced; some believe that  GDPR will be the “new PPI”. PPI claims companies may turn their business to other forms of compensation for customers.

Some predict that after the PPI deadline, there could be a slump in consumer spending. With many consumers having received thousands of pounds in compensation, the impact has been positive on the economy. But, without the extra cash boost, people might be more wary of how much they spend.