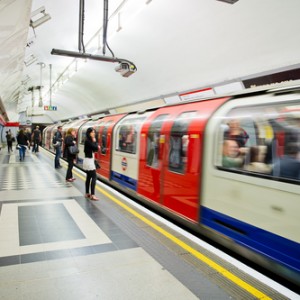 Transport for London (TfL), the local government organisation responsible for most aspects of London’s transport system, announced on Friday that it has selected Arriva Rail London Limited as the new London Overground operator, taking over from the existing operator LOROL in November this year.

Arriva is part of Deutsche Bahn (DB) and is responsible for DB’s regional passenger transport services outside Germany. The company is said to be one of the largest providers of passenger transport in Europe, employing more than 55,000 people and delivering more than 2.2 billion passenger journeys across 14 European countries each year. It operates a wide range of services that include local buses, inter-urban commuter coaches, local, regional and national train services, trams and light rail, waterbuses, demand response, non-emergency patient transport and airport related transport services.

TfL said the GBP1.5bn contract will cover seven and a half years with an option to extend for up to two additional years. Under the contract agreement, Arriva will be expected to provide support in delivering further improvements for customers on the capital’s busy network. These improvements will include modernised stations and more frequent services, the first of which will be seen on the North London line. The introduction of a fleet of 45 new trains in 2018 will also improve journeys on London Overground routes out of Liverpool Street and on the Gospel Oak to Barking line.

According to the new contract, TfL will continue to be responsible for setting London Overground fares, as well as marketing its services. TfL will retain the revenue generated by ticket sales to be reinvested in improving the transport network and will also retain all non-ticket revenue at stations including advertising, retail and car parks. The operator will be responsible for ticket retailing and for undertaking revenue protection activities.

All London Overground routes are to be operated by Arriva, including those that TfL took over last year from Liverpool Street station to Enfield Town, Cheshunt (via Seven Sisters) and Chingford, as well as services between Romford and Upminster.

The new concession will also mean that passengers on certain routes will benefit from extended operating hours, while new services will be introduced on some routes on Boxing Day. In addition, Arriva will be expected to ensure that improvements in performance levels are sustained.

Annually, London Overground carries more than 184 million customers, which equates to over 585,000 passengers each day. TfL has also increased capacity on other London Overground services 25% through the introduction of a fifth car to trains across the network which was completed at the end of last year.

New incentives have been incorporated into the new contract that include financial penalties on Arriva should incidents caused by Network Rail, train and freight operators impact on London Overground services. Also, the rail industry standard measurement for punctuality for commuter services will be tightened to three minutes within the scheduled arrival time. TfL said it is implementing these measures to encourage closer working with Network Rail and Bombardier in order to provide continued reliability improvements, as well as provide high quality services for its customers.

TfL’s chief operating officer, London Rail, Gareth Powell, stated: “We have worked hard to deliver major improvements for our customers, taking a neglected part of the transport network and transforming it to support new homes, jobs and economic growth across the Capital. Arriva will build on this by extending operating hours, improving frequencies and introducing new trains. I would also like to thank the existing operator LOROL for their work that has helped make London Overground the huge success story it is today.