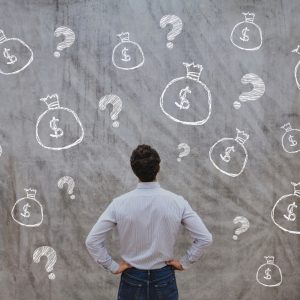 In 2013, Welby publically stated his desire to run payday lenders and market-leader Wonga.com ‘out of business.’ However, recent figures show that just 8.8% of 13,000 churches that fall under the Church of England are providing any kind of financial support to their local community.

Welby’s vision is to push high cost credit lenders from the high street to make way for more friendly, low cost alternatives such as credit unions.

High cost lenders such as Wonga and The Money Shop are regularly criticised for offering high levels of interest and this has resulted in putting 3 million Britons into a debt cycle. The interest rates charged can regularly exceed more than 1,000% APR and are typically charged at a maximum daily rate of 0.8% per day. (Source: Choose Wisely)

Churches focusing on other areas

The lack of support for debt solutions is by no part a failure of the churches. The figures from 13,000 of its churches showed that 2,347 run night shelters for the homeless, nearly 3,000 operate a ‘community cafe’, 4,191 have a parent and toddler group, and nearly 8,000 work with food bank charities. Additional services include lunch clubs and language classes.

But the Archbishop is still not close enough to take over the high street and offer a fully-fledged alternative to high street lenders.

Archbishop Welby did, however, receive a huge boost to his campaign when Wonga.com announced last month that they were going into administration. This was a result of paying over £200 million in compensation claims from loans funded in 2012 and 2013 – making the number of ongoing claims unpayable.

Close competitor, The Money Shop, has followed suit and is no longer accepting new loan applications. Other lenders in the industry are also faced with an increase in compliants, something that they may not only need to refund but also pay an administration fee of £500 to the Financial Ombudsman Service to acknowledge every complaint.

Wonga’s demise was largely due to the rise in compensation claims advertised by claims management companies who are shifting their attention from PPI claims to payday loans, with the PPI deadline approaching in August 2019. This has also been due to the increased regulatory framework devised by the FCA, who became the City Watchdog in January 2015.

Welby continued to be outspoken about the high cost consumer finance brands, although his comments backfired in 2013 when it emerged that the C of E had invested in a fund that supported tech companies – one of which was Wonga.

Lightning strikes twice in this case. Welby has also criticised tech giants such as Amazon and other internet unicorns for exploiting UK labour and avoiding tax. However, it also emerged that the C of E has invested in Amazon.