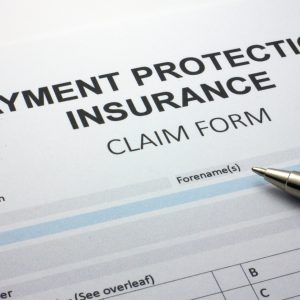 Last year, the banks were close to reaching total PPI payouts of £30 billion. But now, with just four months remaining until the PPI deadline, the latest figures show that this total is over £34 billion.

The huge mis-selling scandal has resulted in thousands of consumers making PPI claims to banks and lenders. Some customers had more than one PPI policy, resulting in an even higher payout.

The PPI deadline of 29th August was imposed by the Financial Conduct Authority (FCA) nearly two years ago. The deadline is to encourage consumers to make claims and allow the banks to finally move on from the scandal. With the countdown on until the cut-off date, there are murmurs of another PPI claim scandal occurring.

The ‘Next’ PPI Scandal

A handful of things have been cited as the “next PPI”, including other financial products, such as payday loans, packaged bank accounts and pensions. Payday loans have increased on such a scale that financial lender Wonga collapsed into administration. One of the reasons for its demise was an increase in claims for mis-sold loans.

But aside from financial products, there are other industries that could face mass refunds and compensation claims.

Leasehold agreements — Many properties in the UK were sold “leasehold”, which is when a home is bought but can never truly be owned. On top of this, fees included in the contract make leaseholds costly. Many homeowners were not fully aware of the impact of a leasehold agreement when buying their property.

GDPR — Though the law has been in force for nearly a year, some believe that the General Data Protection Regulation (GDPR) may result in claims similar to PPI. GDPR governs how companies must keep data secure. A breach could lead to a company being fined, but there’s also a chance that individuals affected could seek compensation.

A Shift in Regulation for PPI Claims Companies

As of April, all PPI claims companies are regulated by the Financial Conduct Authority. This shift in authority means that claims firms must now follow more stringent rules, which include:

The FCA wants the new regulations to increase the standards and professionalism of claims companies.

Last year, the government introduced an interim fee cap for all PPI claims companies, which capped fees at 20% + VAT (24% total). This meant a considerable profit loss for claims companies that were charging nearly 40% on successful claims. This cap has created a fairer environment for customers who use the services of a claims company and allows them to keep more of their refund. The best PPI claims companies are still working hard to process as many PPI claims as possible before the approaching deadline.

The interim fee cap, new FCA regulations and impending deadline could spell the end for many PPI claims companies at the end of August.

The Future of PPI Claims

When the deadline finally arrives, the banks can stop setting aside money to refund customers. However, with many cases still unresolved at the Financial Ombudsman Service (FOS), the banks will be paying customers for some time after the deadline.

It is likely that many PPI claims companies will continue to operate but move into a different type of claim, such as payday loans, mis-sold mortgages or packaged bank accounts. Possessing the right software to handle claims and knowledge of the banks involved will make it easy for these companies to make the switch.

Until then, customers should continue to contact their banks and claims companies to process claims before 29th August.