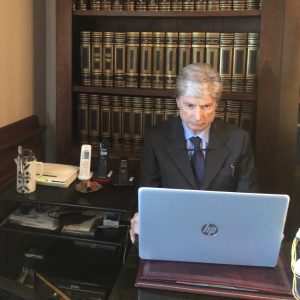 Andrea Rossi founded his first business, Petroldragon, in 1978. Rossi had developed a process to turn organic materials into fuel oil, which Petroldragon successfully used to recycle organic waste into oil which would be sold to refineries. Due to industry pressure, government regulations were altered to classify Petroldragon’s materials and product as toxic waste, leading to the end of Petroldragon. This also led to the prosecution of Andrea Rossi for 17 years.

In 1996 Rossi was appointed Chief Scientist at the Bio Development Corporation in New Hampshire, USA. Here he specialized in producing energy from biomass and began his cooperation with the Department of Energy to research and develop new sources of energy. In the course of his work at the Bio Development Corporation, Rossi was granted numerous patents to produce energy without the use of fossil fuels.

The technologies and processes Andrea Rossi developed in this time are now used in Waste-to-Biofuel plants across the globe.

In 2009 Andrea Rossi returned to the USA to develop his revolutionary patented energy source, the Energy Catalyzer (E-Cat). The E-Cat will provide an affordable, safe and sustainable long-term energy solution viable for commercial-scale energy production.

Andrea Rossi graduated from the University of Milan with a Philosophy degree in 1973. His fascination with the connections between science and philosophy throughout his school and college days was reflected in his dissertation, which focused on the relationship between the Theory of Relativity and Husserl’s phenomenology.

In recognition of his contributions to the field of energy production, in 1979 Rossi was also awarded a symbolic Honorary Degree in Chemical Engineering from Kensington University, California.