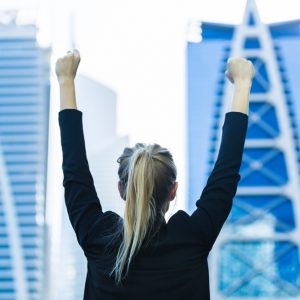 MPs have called for a change in the ‘alpha male culture’ at UK banks in a parliamentary report that cites the gender pay gap and hazy criteria for performance bonuses as key problems, according to the Guardian.

The investigation into women in finance found that an alpha male culture was one of the main reasons women gave for opting not to move into senior management at City firms. The culture was said to be particularly noticeable in negotiations over bonuses, where men are said to secure higher bonuses by making forceful demands.

The committee found that financial firms often feature a ‘pyramid’ structure where women are filtered out at each level of seniority, until the upper levels of management feature very few women at all.

The report comes two months after the deadline for UK companies with more than 250 employees to report on their gender pay gap, which highlighted significant gaps in UK banking. Barclays’ investment division pays men a median of 43.5% more than women, compared to the national average gap of 18.5%.

“The next step must be for firms to set out how they will abolish their gender pay gap and support the progression of women. Firms should focus on changing the culture in financial services firms, which remains a deterrent for women, especially the bonus culture.”

The report calls on banks to tackle the gender pay gap through measures such as encouraging more men to take up flexible working, discouraging presenteeism and long hours culture, developing gender pay gap strategies and including partners and subsidiary companies in gender pay gap reporting. Recruitment and promotion policies should also be developed to prevent unconscious bias.