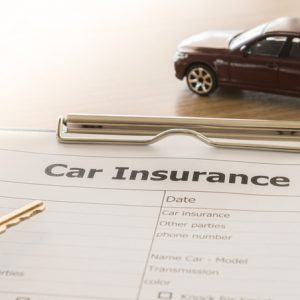 There remain ways of taking out insurance for short-term use; however, arranging this can be tricky if you are time-strapped. Fortunately, just the solution could be presented by pay as you go car insurance, where you would be charged per mile driven. Here are several benefits of this insurance.

There are potentially huge savings to be made

In setting up pay as you go car insurance, you would still need to agree to a flat monthly charge – roughly £10 to £30, reports The Guardian – to cover fire and theft risks. This fee is necessary because there remains a chance of your car catching fire or being stolen even if it is stationary.

Still, how much money you pay to actually drive the vehicle could be much reduced over time – as you would be paying strictly per journey. A rolling monthly contract would still be there; however, if you often commute to work by public transport and reserve the car for infrequent weekend and evening travel, your yearly savings on car insurance could reach £500.

Young and inexperienced drivers can especially save money

Young drivers with little driving experience can seriously struggle to find cheap car insurance especially with private number plates. Insurers tend to deem them “high-risk” and so offer them relatively pricey premiums. This can seem unfair to young people who know that they don’t even drive very often anyway.

It’s too easily possible for these people to be quoted for a mileage beyond what they would actually clock up. If they spend much of their time at university, where they might live in a major city with abundant public transport routes enabling them to quickly reach their lectures with little fuss, their car might often be unused for several weeks or months at a time.

Nonetheless, they should watch out for minimum age requirements. These could be something like 21 – for many people, at the upper end of the university age range – in the case of some insurers.

Telematics technology can be surprisingly inexpensive

Pay as you go insurance isn’t something that has only recently come into being. In fact, a scheme like this was launched by Norwich Union – now called Aviva – as long ago as 2005. However, while premiums declined by roughly a third and the insurance was popular, the insurer had to pull the plug on it due to the prohibitively high cost of the black box technology that came with the service.

“I think we thought that more cars would start to feature built-in telematics, which didn’t really happen. Ultimately, we were just a bit ahead of our time,” an Aviva spokesman recently recalled. However, the same technology is much cheaper now – and this has helped to make pay as you go car insurance more financially palatable for insurers to offer.

The telematics kit can have an array of other benefits, too

If your car doesn’t currently include a telematics system, getting pay as you go car insurance is a great opportunity to receive one. The telematics kit – otherwise called a “black box” – would be installed in your car, where it would take only as much room as a smartphone.

The system can record how many miles you drive and, thus, enable your insurer to calculate how much to charge you for insurance. However, the technology can also monitor your vehicle’s health and locate the car should it be stolen, The Sun notes.

You can pay for your insurance conveniently quickly

The last decade has seen another major development in consumer technology that has driven an increase in the convenience of pay as you go insurance: the rising ubiquity of the smartphone.

Imagine wanting to borrow a car belonging to a friend or family member, but first needing to get your own car insurance to meet that particular legal requirement. With pay as you go car insurance, it would be possible for you to, before getting into the car, log into the insurer’s app on your smartphone and, through this app, buy the insurance you need just for the short-term journey you seek to make.

Being able to do all of this after simply fishing your trusty smartphone out of your pocket is amazingly convenient – and undoubtedly helps bring car insurance into the twenty-first century. You can further boost the cost-effectiveness by taking out payasyougo car insurance through a broker like Call Wiser, which can offer you a quote by phone or online.