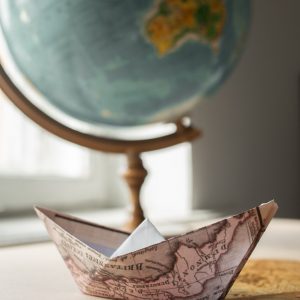 The world today has fewer borders than ever. We’re not talking physical borders, of course — these are still aplenty. But faster modes of travel and communication have made us all a little closer to each other, and nationalities seem to be less and less relevant. Sadly, the incredible process of globalisation that’s happened in the past few decades seems to be in remission now, with more and more countries introducing restrictions on immigration and tariffs on foreign goods, while international and regional unions like the EU are in crisis. Despite this reverse trend, globalisation has many advantages for people all across the planet. Here we explore some of them.

Developing nations gain massive benefits from globalisation as new markets open up to them, allowing industry to thrive and employment rates to rise. Since the end of the Cold War and the beginning of the current era of globalisation, the World Bank has marked a steady decline in extreme poverty (2020 was the first year rates started going up again, likely due to COVID). This increase in the standards of living in the developing world is a significant advantage of globalisation, with foreign investment playing a major role.

Caribbean islands like Dominica, for example, have seen major improvements, thanks to its Citizenship by Investment Programme. “The government recognises the role that private investment can play in helping Dominica thrive as a country,” reads on the scheme’s website. “Over time, this helps to create a framework of diversified, sustainable, and resilient economic structures that can respond to the realities of a highly competitive global environment.” These ‘global citizen’ programmes could not have existed without an internationalised perspective.

The mutual exchange of cultures in different countries around the world is a huge advantage of globalisation. This free flow of people is amplified by the introduction of new food, art, music and a diverse range of goods between nations, creating more open-minded individuals and a more interesting environment for everyone. You could be sitting on a Persian rug in your London flat, ordering Vietnamese pho while watching a sophisticated French film.

However, it’s not just our personal leisure time that benefits from the proliferation of cultures — it’s also our economy. Cultural diversity inspires creativity and breeds innovation, increases talent availability, and introduces a range of skills into the workplace. It was even shown to improve productivity! If that’s not an advantage, we don’t know what is.

Climate change has become a priority on everyone’s agenda, especially with the recent IPCC report stating that the damage to the planet is already irreversible. No one country can solve this problem on its own — climate change is global and can only be dealt with on an international level. Globalisation allows governments, businesses, NGOs and individuals from all over the world to work together for our shared causes: global warming being the most pressing one.

A global economy helps fund research and development of alternative energy and other sustainable solutions, facilitate transparency on the issue, and educate people the world over about climate change. Public policy is another major element of the battle that can be augmented through global cooperation. This also means that new plans can be drawn for poorer countries that may not be able to afford sustainable development, as an international strategy is clearly necessary.

4.    Spread of technology and innovation

The best brains in the world are located, well, all around the globe. Thanks to globalisation, the most notable universities and research facilities can work together, whether they’re a 15-minute drive away or halfway across the planet. Most scientific journals now have an internet-based system, allowing information to travel in milliseconds, reaching everyone in the field and enabling better collaboration. The global nature of our economy also means that private equity firms and other investors can inject funds into research much faster, and possess a more accurate image of the different projects available, increasing the incentive to innovate.

According to the International Monetary Fund (IMF): “globalisation has amplified the spread of technology across borders in two ways. First, globalisation allows countries to gain easier access to foreign knowledge. Second, it enhances international competition — including as a result of the rise of emerging market firms — and this strengthens firms’ incentives to innovate and adopt foreign technologies”. In other words, not only does the spread of knowledge itself increase technological advancement, but the heightened competition that stems out of globalisation also contributes to this.